The British started colonization in Asia by setting up companies in different countries that controlled trade and boosted their economy. Following in their footsteps, other western European countries started to move into Asia in hopes of being as profitable as their British neighbors. By the early 19th century, French and Russian strategists were trying to find a way to break British rule and take over the large economies they led. These powers had been in central and south Asia before, but they just now started to try and extend their empires into those territories. 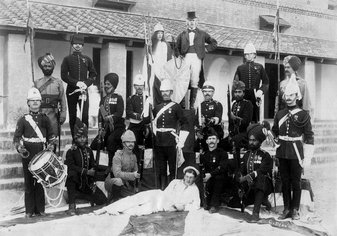 Russia began to push into central and south Asia when the Ottoman and Qing empires began to decline. They pushed all the way to the territory of British India with their cossack system and prepared to push in. This period of time of standoff between Britain and Russia was called "The Great Game". Both countries prepared for the eventual war over India by forming alliances with local leaders and continuing to increase the size of their armies.However, the war never happened and was forgotten about when World War I began in 1914. 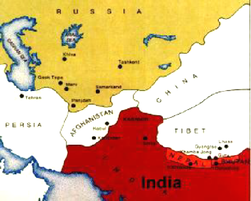 Many southeast Asian islands transferred from Spanish to Dutch rule in the 17th century. As territorial rivalries escalated in the 19th century, Dutch officials tightened their hold on the Dutch East Indies, also known as modern day Indonesia. They needed to keep control of their territory because their cash crops of sugar, tea, coffee, tobacco, and exports of tin and rubber made the Dutch East Indies a very productive colony.

After establishing rule in India, Britain moved into southeast Asia in the 19th century. They had first pushed into Burma to access the resources and trade opportunities of the Irrawaddy River Delta. By 1880 they established imperial control in Burma which became a major producer of teak, ivory, rubies, and jade. Britain also discovered the port of Singapore and colonized it, and it became the biggest center of trade in the Strait of Melaka. Their last major conquest of the 19th century was in the territory of Malaya. Not only did Malaya bring Britain supplies of rubber and tin, it offered outstanding ports that linked them to the Indian Ocean. 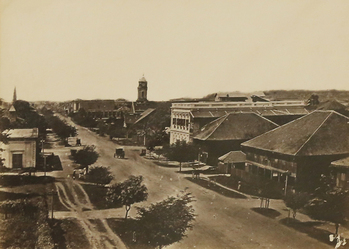 After failing to develop control of any of British India, the French was able to establish the successful colony of French Indochina. This consisted Vietnam, Cambodia, and Laos and existed from 1859 to 1893. They followed their European counterparts by establishing European school, culture, and strong relations with local elites. They French encouraged conversion to Christianity, and this caused Roman Catholic churches to be prominent throughout Indochina, especially Vietnam. 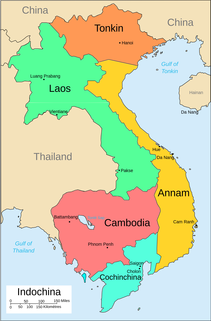